Fernando Rodés (Barcelona 1960), is a businessman dedicated to investing and managing companies in the communication industry.

With economics studies, he began his professional career at Manufacturers Hannover Trust (1985-89) and then at Banesto (1989-94) where he was director of business banking. In 1994 he joined Media Planning Group, and was the CEO until 2006. That same year he was appointed CEO of the Havas group in Paris, France such as Antevenio, In-Store Media and Rebold (previously Acceso and Digilant).

He was an advisor to Acciona (2009-2018). He is president of the Advisory Council for Sustainable Development (CADS) of Catalonia, and founding patron of Fundació Natura, and Fundació Catalunya Cultura. He is a founding partner and chairman of the board of directors of the publishing company of Ara newspaper. He is married, has five children, and lives in Barcelona. 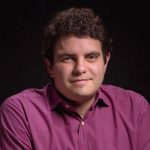