Rubén is Chief Technology Officer (CTO) at Rebold. He manages the product and technology development team within Rebold, as well as the IT team. His mission is to make sure that Rebold’s technological services and products do not fail and are constantly evolving to remain market leaders. Rubén is also CTO of Antevenio, a company that belongs to ispDIGITAL Group.

Graduated as a Computer Engineer from the Carlos III University of Madrid, he started as a software developer in 1997 where he worked on the construction of several generalist webs. He designed and programmed, among other projects, the most important Spanish-speaking banner exchange network. In addition, he collaborated with the Higher Council of Scientific Research as a software architect.

Between 2004 and 2009 he joined the consultancy sector working for Accenture Technology Solutions. During this stage he worked as project manager for some of the most important multinationals in the retail sector (Carrefour, El Corte Inglés, Vodafone, etc). This allowed him to work in high availability environments and experiment with touch screens when nobody could still dream of the iPad.

At the end of 2009 he returned to what he was most passionate about: Internet, taking the position of Development Director. His work consisted in managing online marketing projects (email, affiliation, display, etc).

Passionate about innovation and digital culture, Orta founded the Spanish group of the international organization Hacks/Hackers. During two seasons, he brought together startups, journalists and developers to exchange information about their businesses, as well as how technology could help improve people’s lives, in addition to thinking about the future functioning of the mass media. 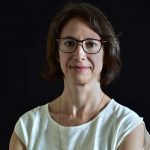 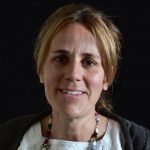